A Call for Oversight of Guardians

With increasing numbers of Americans living longer, many are finding themselves under guardianship. The guardian appointed may be a family member or friend, or a “professional” guardian or guardianship company.

In many cases, the guardian is honest and hardworking. Unfortunately, in some cases, however, the guardian abuses or exploits the ward. The exact magnitude of this problem is not known, but the names of articles in the popular press tell the story.1/

The premise of this article is that this well-meaning effort to increase guardianship accountability is misplaced. Although courts traditionally have been responsible for guardianship oversight, they are ill suited for this function. Guardians should be licensed and regulated under the executive branch, not supervised by the courts. 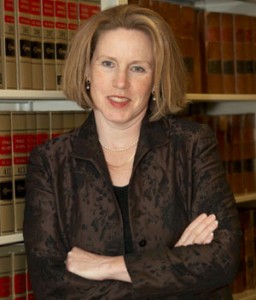 The Board’s Role
The Certified Professional Guardian Board “adopts and implements regulations governing certification, minimum standards of practice, training and discipline of professional guardians.”4/ The Board does not, however, interfere with the traditional role of the Superior Court.5/The court continues to be the “main venue” for making a complaint against a guardian.6/

The family member had already addressed these concerns to the superior court, which had found the guardian’s actions to be appropriate. Therefore, the complaint was dismissed by the Standards of Practice Committee.9/

The Traditional Role of the Superior Court
The Superior Court supervises guardianship administration by supervising the guardian, its “agent.”10/  How this works in practice is that the guardian petitions the court for approval of its management of the ward’s affairs. In King County, this is done on the motions calendar in the ex parte department. The court might be asked whether a bill should be paid or the guardian’s care plan approved.11/ The court also approves the guardian’s accountings and investment strategies.12/

A Contrast to Other Activities
The “job” of a guardian is to manage the affairs of an incapacitated person. Other entities with similar jobs are not “supervised” by courts. An example would be a nursing home. Nursing homes manage the affairs of persons not able to care for themselves and are regulated by the Department of Social and Health Services, which is under the executive branch.13/

The larger guardianship companies also function as financial institutions. They provide trust and financial management services similar to a bank or trust company. Like a bank or trust company, the larger companies also handle large sums of money. Guardianship Services of Seattle, for example, manages in excess of $44 million.14/   Banks and trust companies are not “supervised” by courts, but regulated by the Department of Financial Institutions.15/  The Department of Financial Institutions also is under the executive branch.16/

[The Commissioner], who handles guardian cases in King County, complained that he is expected to master complex accounting, investment strategies and what constitutes proper medical care – all while keeping cases moving. “I read them and I look for the outrageous,” he said.17/

By contrast, agency personnel under the executive branch typically have specialized training. For example, examiners with the Department of Financial Institutions are required to have a degree with course work in accounting or finance (or other commensurate education or experience).18/   Oversight is conducted according to an agency protocol.19/   This is opposed to a busy motion calendar in which a judge or commissioner does the best he can.20/

The prohibition against ex parte contact interferes with a court’s ability to provide effective supervision. In general, successful supervision of an activity requires a close relationship between the supervisor and the person supervised. A good supervisor also should be open to receiving information and complaints from multiple sources.

This does not occur in the context of court supervision of guardians due to the prohibition against ex parte contact.21/   The prohibition prevents courts and guardians from developing the necessary close relationships. It also prevents courts from learning about a guardian’s wrongdoing. Persons with information generally are prohibited from contacting the court.

Complaining parties take on the risk of litigation. Another problem with court supervision is that wards or other complaining parties generally are required to make their complaints in the context of a court hearing. Meaningful participation requires the hiring of counsel.22/

These factors create “chilling effects” so that complaints are not made and, if made, are not fully pursued. These factors do not exist in the usual regulatory scheme. Instead, complainants generally have immunity from liability and the agency’s investigation usually is conducted outside of a litigation context.24/

How Licensing and Regulation Might Work
In other states, there are emerging programs in which oversight is provided via the executive branch. For example, California recently enacted SB 1550, which establishes the Professional Fiduciaries Bureau within the Department of Consumer Affairs.25/   Idaho has a pilot program in which conservator reports will be reviewed by its Department of Finance.26/

The advantage to using existing agencies is that they already are set up. On the other hand, some existing agencies, such as DSHS, would seem to have a conflict of interest.27/   For this reason, a stand-alone agency could be desirable. Funding could be obtained from licensing fees or from the wards’ estates so that the agency would be revenue neutral. Agencies such as the Department of Financial Institutions are revenue neutral.28/

Without effective oversight, abuse of wards by their guardians will only continue. It is time to consider a different paradigm. Guardians should be licensed and regulated under the executive branch, not the courts. Other methods of third-party oversight should be investigated and explored.

The above article was published in the March 2007 King’s County (WA) Bar Bulletin.  Ms. Dore, an attorney who actively seeks reform of guardianship law and inspires other attorneys to do the same, gave NASGA permission to repost her article on our website; and we thank her for her outstanding work.

Footnotes:
1 See Jack Leonard, Robin Fields and Evelyn Larrubia, “Guardians for Profit: Justice Sleeps While Seniors Suffer,” Los Angeles Times, November 14, 2005 (http://www.latimes.com/news/local/la-me-conserve14nov14,0,3305612.story), and Barry Yeoman, “Stolen Lives … ,” AARP Magazine, January/February 2004 (http://www.aarpmagazine.org/people/Articles/a2003-11-19-stolenlives.html). Private Web sites reporting guardian abuse tell a similar story. See www.abusiveguardianships.com; justiceforfloridaseniors.org; and www.victimsofguardians.net.
2 See, e.g., Certified Professional Guardian Report to the Supreme Court 2003, Washington Courts Web site,http://www.courts.wa.gov/programs_orgs/guardian/?fa=guardian.ar_2003.
3 Washington Courts Web site, A Grievance Against Certified Professional Guardians, http://www.courts.wa.gov/committee/?fa=committee.display&item_id=697&committee_id=117.
4 Certified Professional Guardian Program, www.courts.wa.gov/programs%5Forgs/guardian/.
5 Certified Professional Guardian Board Report to the Supreme Court 2003, Executive Summary, supra, note 2.
6 File a Grievance Against a Certified Professional Guardian, www.courts.wa.gov/committee/?fa=committee.display&item_id=697&committee_id=117.
7 Id.
8 Id.
9 Washington State Certified Professional Guardian Board, 2005 Report to the Washington State Supreme Court, p. 7, Case No. 2005-001, Washington Courts Web site (linked at http://www.courts.wa.gov/committee/?fa=committee.home&committee_id=118).
10 Cf. In Re Gaddis’ Guardianship, 12 Wn.2d 114, 123, 120 P.2d 849 (1942) (“The guardian is in effect an agent of the court, and through him the court seeks to protect the ward’s interest.”).
11 See, e.g., In re Guardianship of Karen Weed, Snohomish County Cause No. 05-4-01493-3, “Order Approving Inventory, Budget, and Disbursements,” 4/27/06; and In re Guardianship of Marie Charles, King County Cause No. 01-4-02852-6SEA, “Order: Approving Guardian’s Report (Care Plan and Inventory) . . . ,” 8/18/06.
12 Charles, supra; and Weed, supra (approving the guardian’s annuity purchase).
13 See, e.g., RCW 18.51.040, Application for License, and DSHS Web site: http://www.aasa.dshs.wa.gov/pubinfo/housing/other/#NH.
14 See GSS’s Web site (“The aggregate market value of funds held in blocked accounts is $44,564,328.90.”),http://www.trustguard.org/Services/frequently_asked_questions.htm.
15# See http://www.dfi.wa.gov/banks/list.htm.
16 See, e.g., http://www.dfi.wa.gov/about/director.htm (describing that the director of the Washington State Department of Financial Institutions is appointed by the governor).
17 Maureen O’Hagan, Cheryl Phillips and Justin Mayo, “A Son Struggles to Reveal How Lawyer Was Treating His Mother,” Seattle Times, December 3, 2006.
18 See Washington State Department of Personnel, Specification for Class of Financial Examiner 1 (13300) (linked atwww.dfi.wa.gov/about/careerlisting.htm).
19 See id. (regarding “Class Series Concepts”).
20 Some Superior Courts utilize trained reviewers to assist the commissioner or judge. The commissioner or judge is still, however, the person making the decisions. He or she typically has little or no training in accounting matters. The accountings are, regardless, submitted on the motions calendars with tight deadlines. There often is little or no source data, so the figures presented cannot be verified.
21# See, e.g., CJC 3(A)(4).
22 The Washington Courts’ Web site encourages complainants to hire attorneys: www.courts.wa.gov/programs_orgs/pos_guardian/?fa=pos_guardian.grievance (“By far the best way to advocate for a person who is the subject of a guardianship is to hire an attorney …”). See also note 6, supra.
23 See, e.g., RCW 11.96A.150(1) (allowing a court to award attorneys fees from “any party to the proceedings”).
24 See, e.g., RCW 4.24.510, “Communication to government agency or self-regulatory organization-Immunity from civil liability;” RCW 70.128.200, “Toll-free number for complaints-Discrimination or retaliation prohibited;” and RCW 70.128.090, “Inspections-Generally” (for adult family homes).
25 Office of the Governor Press Release, 9/27/06 (“Governor Schwarzenegger signs Legislation to Provide Safeguards for Vulnerable Californians under the Care of Conservators”), http://gov.ca.gov/index.php?/print-version/press-release/4121/.
26 See Idaho Code 31-3201G (establishing the Guardianship Pilot Project Fund under the Idaho Supreme Court); and Guardianship and Conservatorship Pilot Programs 2006 Report to Governor Butch Otter and the First Regular Session of the 59th Idaho Legislature (describing that two counties will be submitting guardianship filings to the Idaho Department of Finance for a “third party review”). For further information, contact Co-chair, Robert Aldridge (Bob@rlaldridgelaw.com).
27 DSHS’s duties include moving for the appointment of a guardian under RCW ch. 74.34. This duty could create a conflict of interest if DSHS also were the oversight agency. There would be a lack of independence with regard to the guardians so appointed. See, e.g., Guardianship of Roger Bourassa, King County Cause No. 06-4-05643-1KNT, petition filed 10/17/06, p.3 (DSHS petitioned for the appointment of Care Planning Associates, a professional guardian).
28 See http://www.dfi.wa.gov/about/default.htm (“The department is self-supporting, in that none of its operating revenues come from the state’s general tax funds. Its operating revenues are paid by the organizations and individuals it regulates.”).