Complaint Filed in US Federal Court by Lyon County Family

MAY 8, 2018, RENO, NV : The complaint alleges Judge Frances Doherty and Judge David Clifton, both of Reno, Nevada, have colluded and conspired to keep 79 yr. old Susan L. Hillygus locked up and isolated against her pre-estate planning documents and trust.

Judge Frances Doherty is a family court judge with the Second Judicial District Court of Washoe County, Nevada, who has a long history of imposing abusive guardianships upon individuals and their family, even against the family’s protests. The complaint alleges Doherty, a former executive for Washoe Legal Services and past president and on the board of director of the 501-c-3, continues to conspire with current and past members (who are all lawyers) to keep elderly and vulnerable adults locked up against the family’s wishes. The judge is still an active participant of the organization whose mission is to provide pro bono legal services to the indigent among the community. The complaint goes on to state that the judge uses her associations within the organization known as WLS to fill the court room with up to three to five court appointed lawyers, whose job it is to ensure the frightened and anxious senior is kept locked away, while the lawyers dismantle her estate. Mrs. Susan Hillygus estate was worth close to one million dollars when the court imposed itself upon the family and the family’s trust through an alleged illegal and abusive guardianship close to five years ago.

Judge David Clifton is a Justice Court Judge for the city of Reno. His jurisdiction lies with residents of the city of Reno, Nevada. Mrs. Susan Hillygus is a widow as her husband fell victim to the illegal guardianship of Judge Frances Doherty and was dead less than two months after the guardianship was imposed through neglect of his court appointed guardian, the complaint alleges. After the passing of Herbert E. Hillygus August of 2015 the judge set her sights on the family residence of Susan Hillygus who lived outside the jurisdiction of the Reno City limits and ordered the home sold and Mrs. Hillygus sent to a locked facility (Stone Valley Alzheimer’s Center) even though she had lived in the home for 45 years and was living and being cared for by her son and daughter-n-law, each of whom are professionals with backgrounds in the medical field.

The son of Mrs. Hillygus, Roger, who was appointed as her trustee, appealed the order to the Supreme Court of Nevada. On appeal Judge David Clifton using perjured affidavits and testimony from local attorney and associate of Judge Doherty, Todd Torvinen, allegedly illegally filed eviction papers with his former high school class mate, Judge Clifton to have the Roger locked out of the residence which has sat vacant now for close to two years.

According to the recently filed complaint in the US Federal District Court of Northern Nevada, each of the Judges are being hit with multiple violations of civil rights and federal statutes pertaining to the rights of Mrs. Hillygus and her family. Judges are not above the law, and their immunity can be challenged if they are involved in a criminal conspiracy known as RICO (Racketeer Influenced and Corrupt Organizations Act).

The complaint is being forwarded to the US Attorney General’s Office and the FBI for criminal charges and investigation, as some of the violations committed against Mrs. Hillygus include theft of her assets and are currently being investigated by the State of Nevada Department of Business and Industry through the Division of Financial Institutions and the Nevada Attorney General’s Office, Adam Laxalt, who is currently running for Governor for the State of Nevada as a Republican candidate. 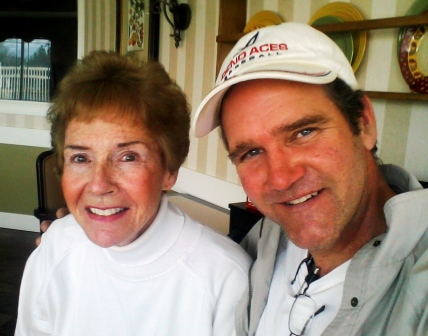