My 91-year-old mother, Jenny Horace, has been in decline for the past few years. Hence, my daily habit of visiting her home in Washington, DC after I get off work at 4:30 p.m. I often put in 10- or 12-hour days as a Program Manager for the federal government, and wouldn’t mind going straight home at the end of my shift. But I like to check-in on my mother first, and make sure she has enough food on hand, and tend to anything else she may need.

Usually these visits are a matter of routine. I have a key to the front door, let myself in and typically find her in the kitchen eating a light dinner she’s prepared, or snoozing in the glare of her living room TV set, or perhaps even in bed.

But the evening of Thursday, April 26, 2012 was different. Significantly, upsettingly different.

I arrived shortly after dusk at 6 p.m., parked on the street in front of my mother’s home, strode up the short walkway to the front door and slipped my key into the lock. But the door did not open.

Strange. It opened just fine exactly 24 hours earlier at the time of my prior visit. But it failed to open on this occasion because between then and now, a court-appointed conservator – a person my mother had never met nor approved, yet who’d been given complete legal power, authority and control over my mother’s life, medical care and financial assets – had the locks changed on the home in an attempt to bar my mom from seeing me.

The conservator’s name is Christina Forbes, a local D.C. attorney.

One might assume the word “conservator” implies a function of saving, shepherding and preserving the funds which a person (now incapacitated by age or illness) had worked to accumulate their entire adult life. Such an assumption is WRONG! Certainly in Washington, DC and the jurisdiction overseen by the DC Probate court. Here, logic and law are turned upside-down. Selfish and cynical corruption and cronyism not only rule here, but are standard practice and policy.

Ms. Forbes and I had already had a run-in, an instance during which I put her on notice that I would not stand by while she “spent-down” my mother’s Social Security benefits on things that had nothing to do with my mother’s personal care, but instead served Forbes’ own purposes, such as paying for her court-appointed so-called “services,” whether or not those services were wanted, requested or needed.

Attorney Forbes was put-off and indignant at my professed intention to protect my mother and prevent the theft of her finances. And so to make my point more strongly to the disgruntled attorney, I contacted the Social Security Administration and reported Forbes’ questionable expenditures of my mother’s SSI income.

Attorney Forbes – a court officer clearly unaccustomed to having her authority and actions questioned by a blood relation of her charge (my mother), much less a layman and outsider to the legal field – retaliated by barring my access – illegally and ironically, without a valid and REQUIRED court order!

Such legal rules and requirements, however, are routinely skirted or outright ignored by the phalanx of these so-called “court-appointed conservators” when we (family advocates) impede their schemes to siphon-off from their aged and incapacitated charges the funds they are meant to conserve.

In other words – no surprise here – it’s all about the money. Not benefiting the elderly. Not protecting the defenseless. It’s ALL about the MONEY! 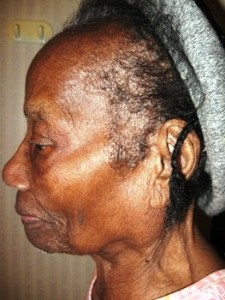